A postmortem of Turnout, a mobile-first event ticketing solution.

Turnout was this brilliant idea I had (sense the sarcasm) to be a small but relevant player in the online ticketing space. Basically, I came across Eventbrite when registering for a local fun run and had a typical "hey, I could do that" moment.

Eventbrite is one of those obnoxious startups you've probably never heard of that is valued at over $1 billion (by someone, at least). At one point I estimated their 2014 revenue (true revenue, net of what they pay out in credit card processing fees) at $50 million, but I guess now it could be as high as $100 million. If that's accurate then the valuation is a 10X-20X multiple on sales, which is absolutely absurd. I digress.

Anyway, if they do $50 million in revenue (and keep in mind they are just one player) my thinking was that another upstart ticketing company, with some effort, could achieve 10% of that. $5 million annually is nothing to sneeze it; a nice lifestyle business (this is the term the startup community uses to refer to a typical small business with ambitions more modest than a $1 billion valuation).

Here were the key differentiators I had in mind for the product, specifically compared to Eventbrite: 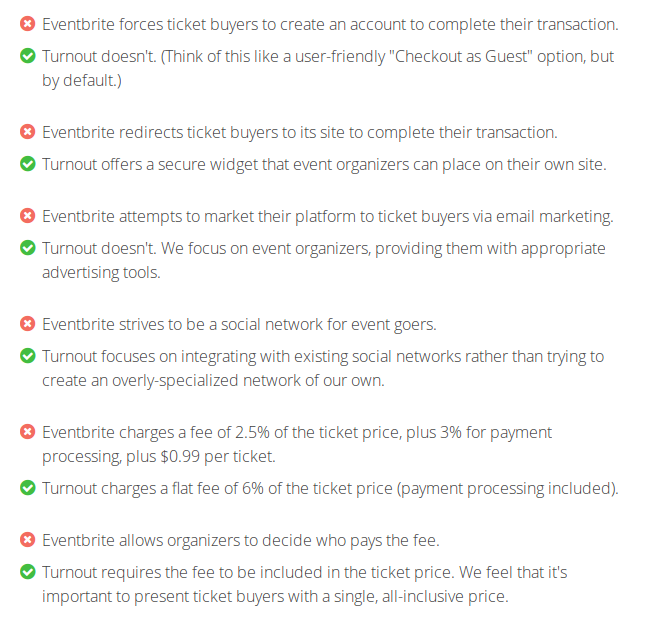 I spent a couple of months working on the concept, but eventually decided not to move forward. A big concern was my uneasiness with a key part of the business model, third party payment aggregation. A lot can go wrong when you're the middle-man collecting payments from one party to give to another party (chargebacks, fraud, etc.). This isn't something I really have experience with, and it's not as appealing as directly selling a product or a service. I'm also fairly sure I underestimated both the development and marketing efforts. 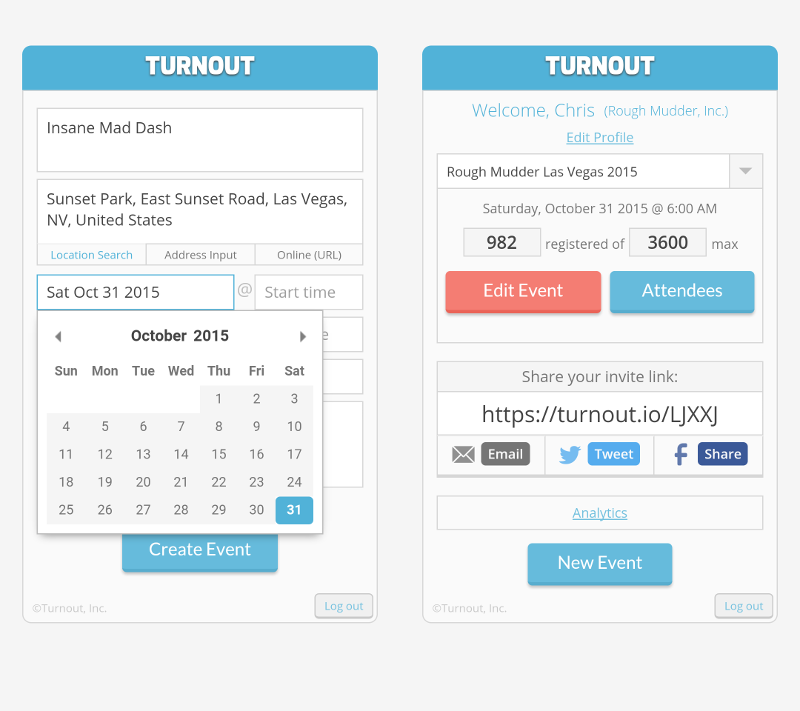 I realize that these screenshots don't look like much, but I was exploring the idea of making most of the interface an embeddable JavaScript widget, so the design had to be fairly simple. Plus, a good bit of of the back-end was actually working.

While this was a failed experiment, it was still a valuable learning experience. I got a lot of things working that I had never really done before, including:

This was also my first real experience with Node.js, which is now my development platform of choice.

Have thoughts on the online ticketing space? Notice something I missed in my project plan? Let me know on Twitter @cschidle.

Valuations for "Tech-Enabled" Companies Are Still Too High